Doing a Portrait Over 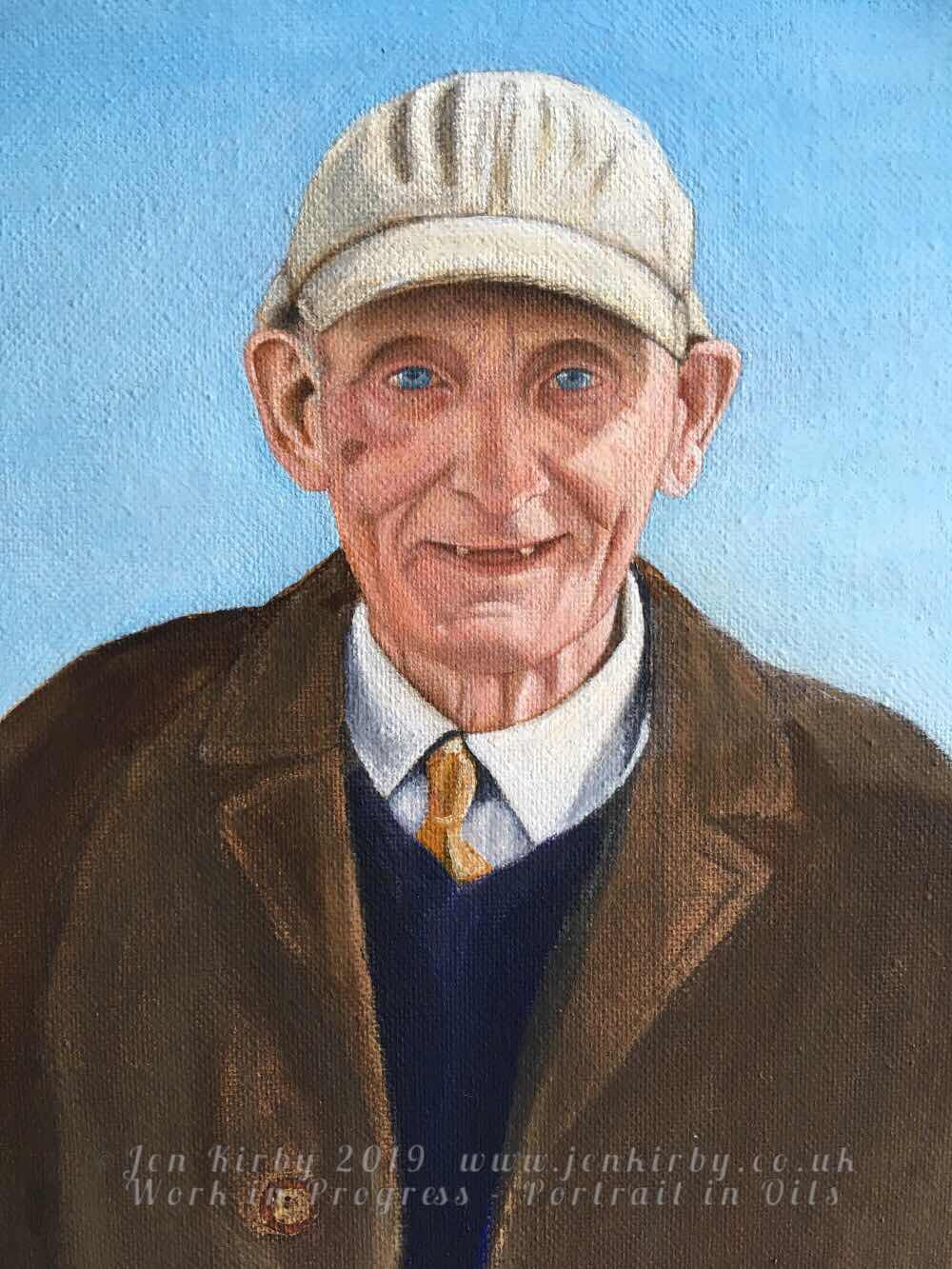 Doing a Portrait Over
This is cropped from a double portrait. I thought that I had finished it last year and I was about to send it to the (other) sitter. But I didn’t like the gentleman’s expression. It didn’t capture his lively sense of humour and wisdom. So I worked over it with a new expression that does.
He isn’t quite finished. I need to finish his clothes.
Meanwhile his portrait is so much better than it was, that I have to rework his fellow sitter because she looked ghost like by comparison!
Must get back to the easel!
Posted by Jen Kirby at 11:23 No comments: 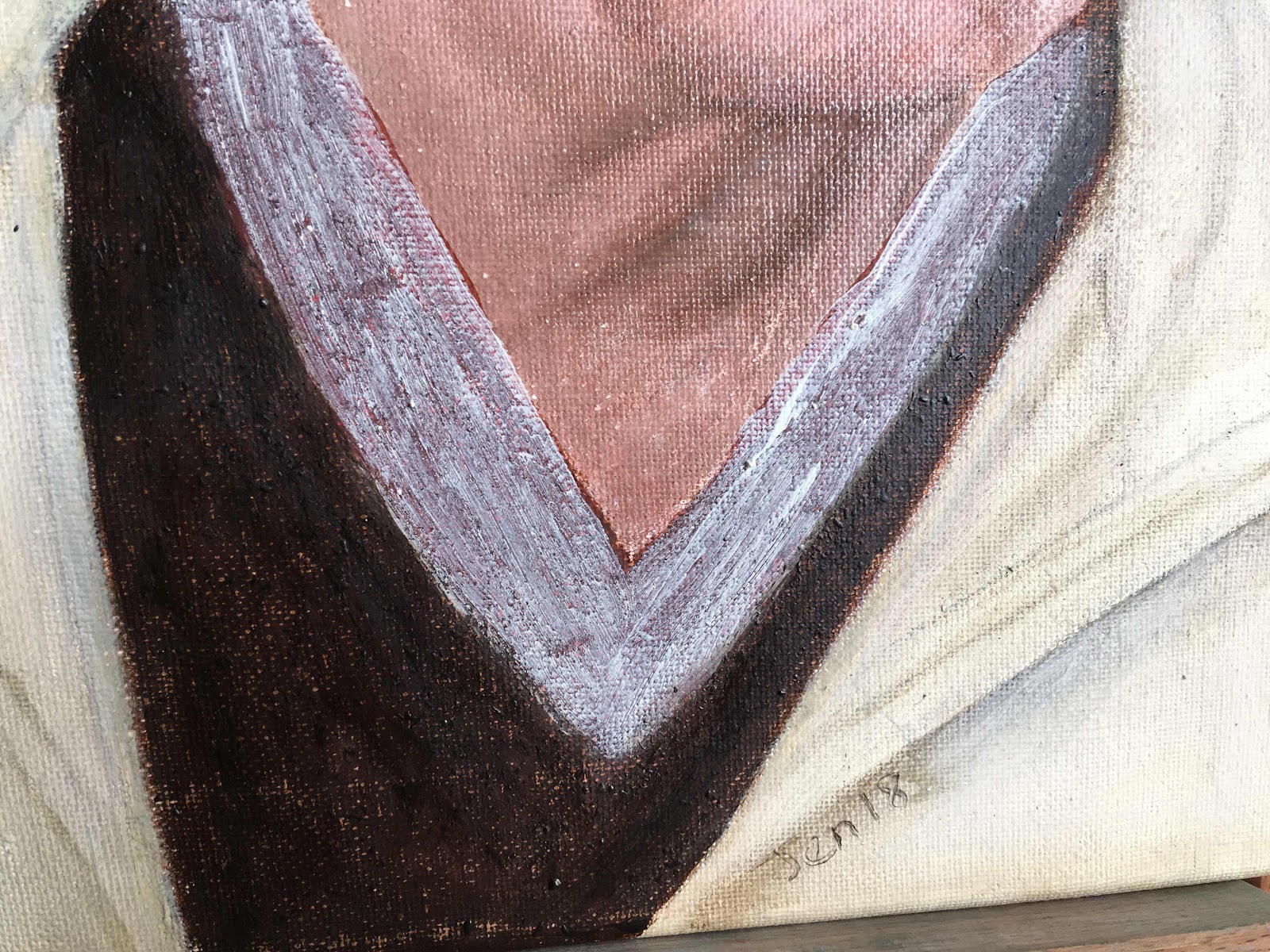 Walter’s Scarf
Last year, I thought that I had finished the portrait of Walter, but then I was told that he always wore his scarf. The reference photo had a scarf but it was all twisted round one side, so I had just painted over it.
I need a new reference photo to be able to paint the folds of a scarf correctly so I asked a male friend who is the same age as Walter to model for me.
The next thing that I had to do was scrape off the old paint. I couldn’t scrape it right back to the canvas but I got it back enough to see the texture of the canvas.
Now I have done the first phase of the correction by applying some oil paint for an undercoat.
When I look closely at a painting that I thought was “finished” some time ago I immediately find things that need to be improved. So I spent some time today adding some shadow to his hat after I had photographed his undercoated scarf and sweater.
And as for his neck; I am sure that I can make that better especially as it got scraped along with the scarf so repair is definitely called for.