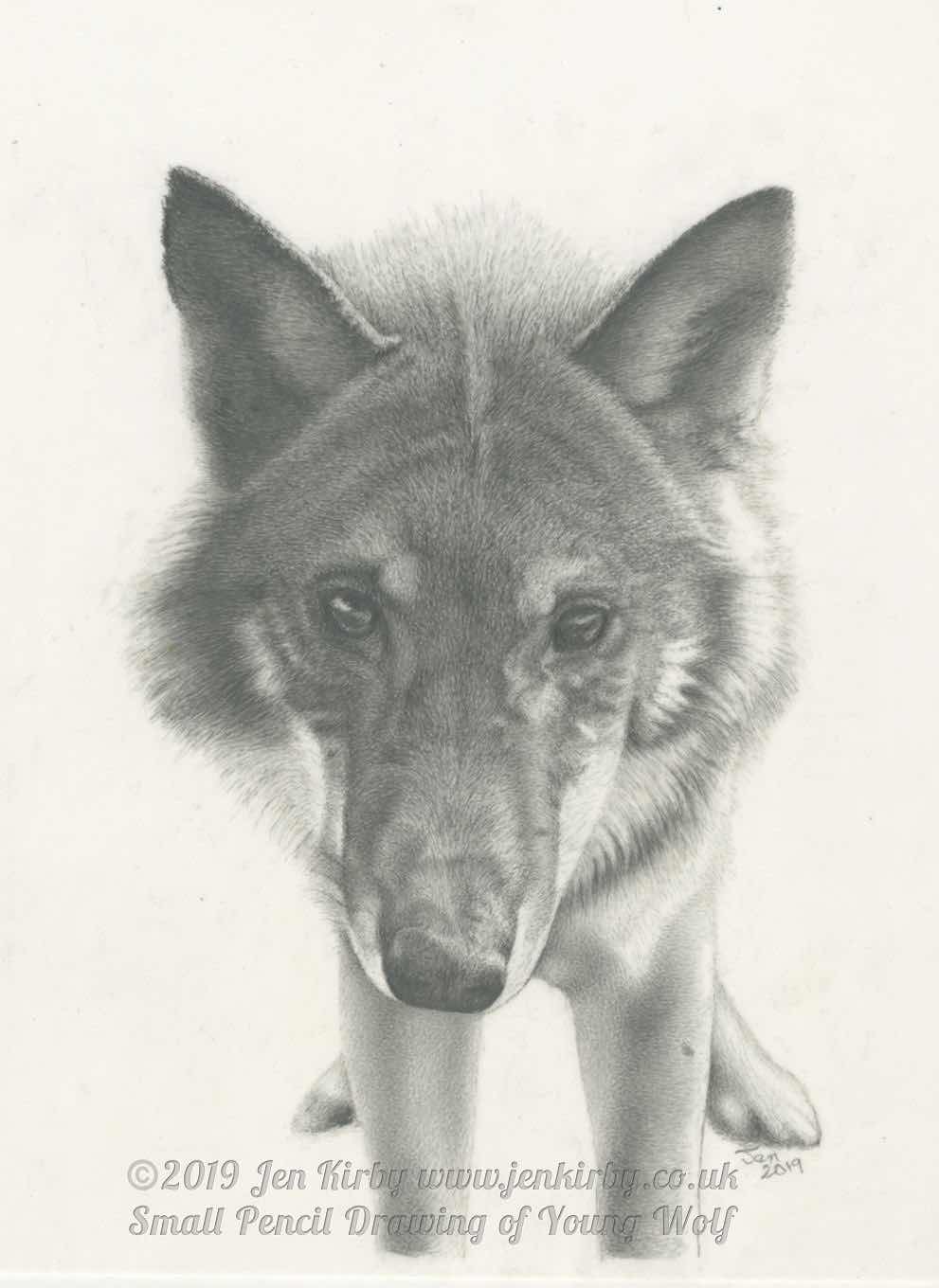 Portrait of Young Wolf Finished
I have finished the portrait of the young wolf. The actual drawing took me 47 hours although, as I took the photo in November 1999 you could say it took me 19 years.
When I met this lovely wolf he was 6 months old and he was being held on a lead. I was so honoured that he liked me. He took hold of my wrist very gently in his mouth. It was the highlight of my life. After he was put back into the enclosure with the other wolves he kept jumping against the wire mesh fencing towards me and I got splattered with mud all over my jacket from the wolf enclosure. The result was that when I got home next day my own dog wouldn’t come near me! It was quite a while before the smell wore off my jacket and Trixie got back to normal.
Back in those days, I had an SLR camera and I had to wait for the film to be developed before I knew if I had any reasonable photos. I tried to paint a portrait in pastel from the above pose but it coincided with the time I went down with post-polio syndrome and I had to give up artwork altogether for a while.
I have always wanted to get back to doing a portrait from this photo, but it got put away in such a safe place that I couldn’t find it! When I did find it I looked at it and thought how soft focus it is compared to the sharp, see-every-hair photos that I can take with my latest DSLR. It was hard to see his hind feet because they were the same colour as the autumn leaves that he was standing in. That is why the drawing took so long. I did my best. Such a darling animal merited it.
Because of the poor quality of the photo, I chose to draw a small portrait in graphite using mechanical pencils with different grades of lead from 2B to 3H. I draw on graphic film because it is “dimensionally stable” or, to put it another way, it stays flat in a humid atmosphere. The Eden Valley, where I live, is frequently humid. In fact I remember one day I was out in the rain and there wasn’t a single cloud in the sky.
I have two more photos of the wolf that I would like to use as reference for portraits. In one he is lying in the dead leaves so I will have to do that one in colour. Maybe coloured pencils?
Posted by Jen Kirby at 20:57 No comments: 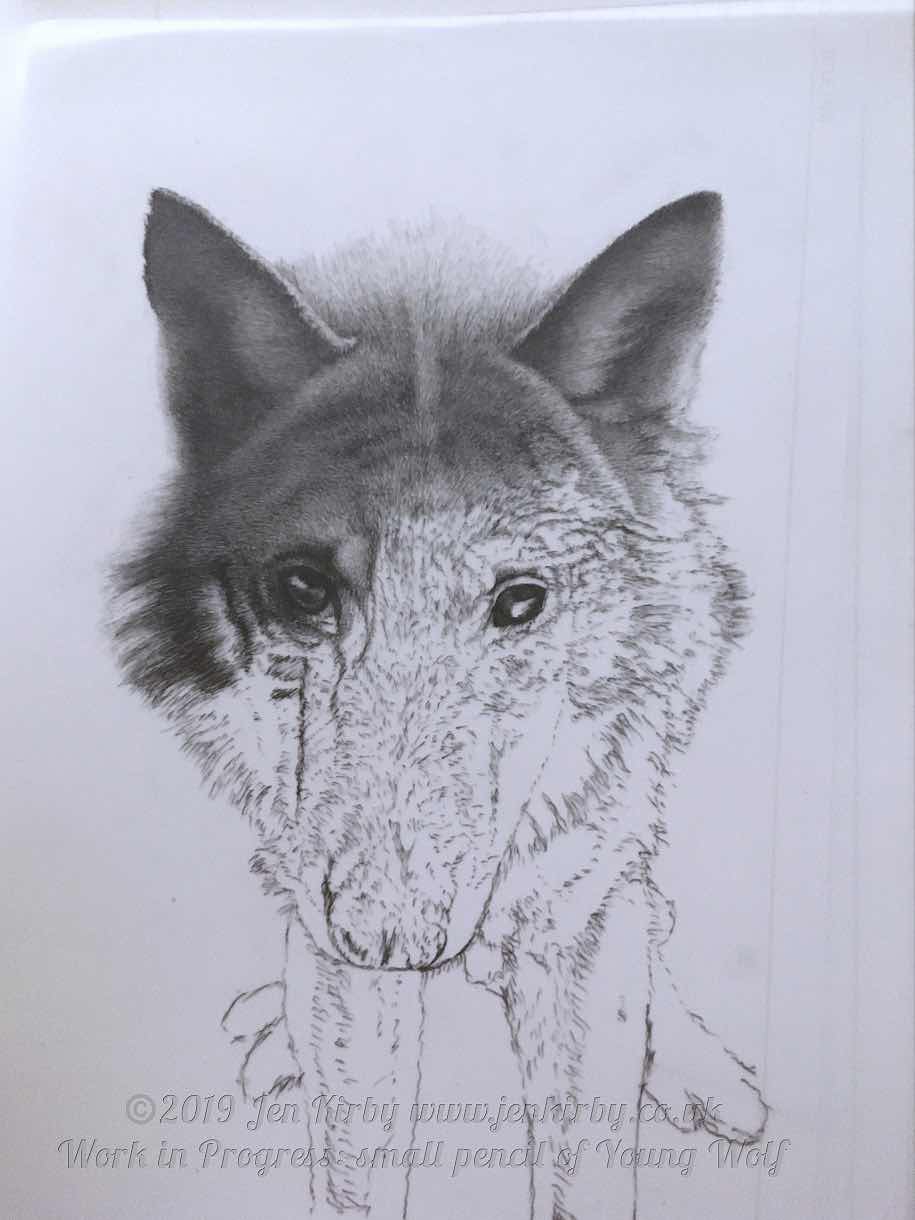 Work in Progress: Young Wolf 2
I took the above photo yesterday and then I started drawing again instead of writing this artblog. So there is quite a lot more of him done since then.
I have been struggling to get the texture of his fur right. The reference photo was taken back in  November 1999 on film, so it doesn’t have the detail that I can take today even with my phone!
I have been going over his head again and again, lifting off dots of the graphite pencil with a kneadable eraser, then re-applying using a 2H mechanical pencil trying to get the impression of soft fur with flecks of highlights.
I so want to get back to this drawing that I will stop writing now. Watch out for an update.