Getting on with the Portrait 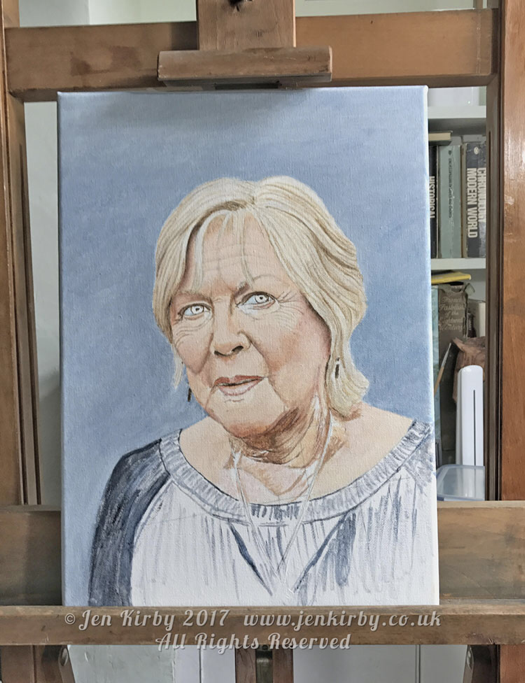 Getting on with the Portrait
I have continued to experiment with the skin colour as painted in water mixable oils.
I read that I could add conventional oil paint and it would still be water mixable as long as I only used a small quantity. I bought a small number of oil paints including gold ochre which I used to find very useful for skin. The new paints arrived today and they worked well.
Portrait painters prefer that their subjects don't see the portrait until it is finished. My friend turned up unexpectedly on Sunday afternoon. I would have hidden the painting if I had known. She was worried about the "wrinkles". I was thinking about the lines on her forehead and it was later that I realised she probably meant the construction lines round her eyes. The portrait won't look anything like that when it is finished. Her mouth is tight in the reference photo but I will soften her expression a lot.
I like the paint to dry off between painting sessions. So I have started another portrait, but because I was struggling with skin colour at the time, I chose to paint a black and white dog. The dog is a crossbred Jack Russell terrier and I caught a lovely smiling moment from her.
You won't be able to see it clearly but she is pencilled into the hole in the middle of the painting. I paint the surroundings first because the fur/hair has to be brushed over the grass. 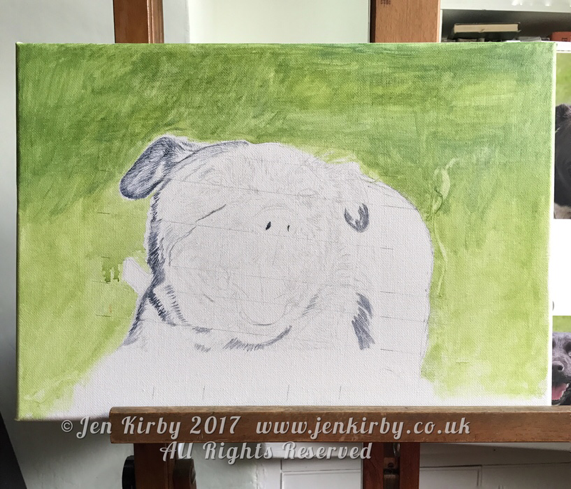