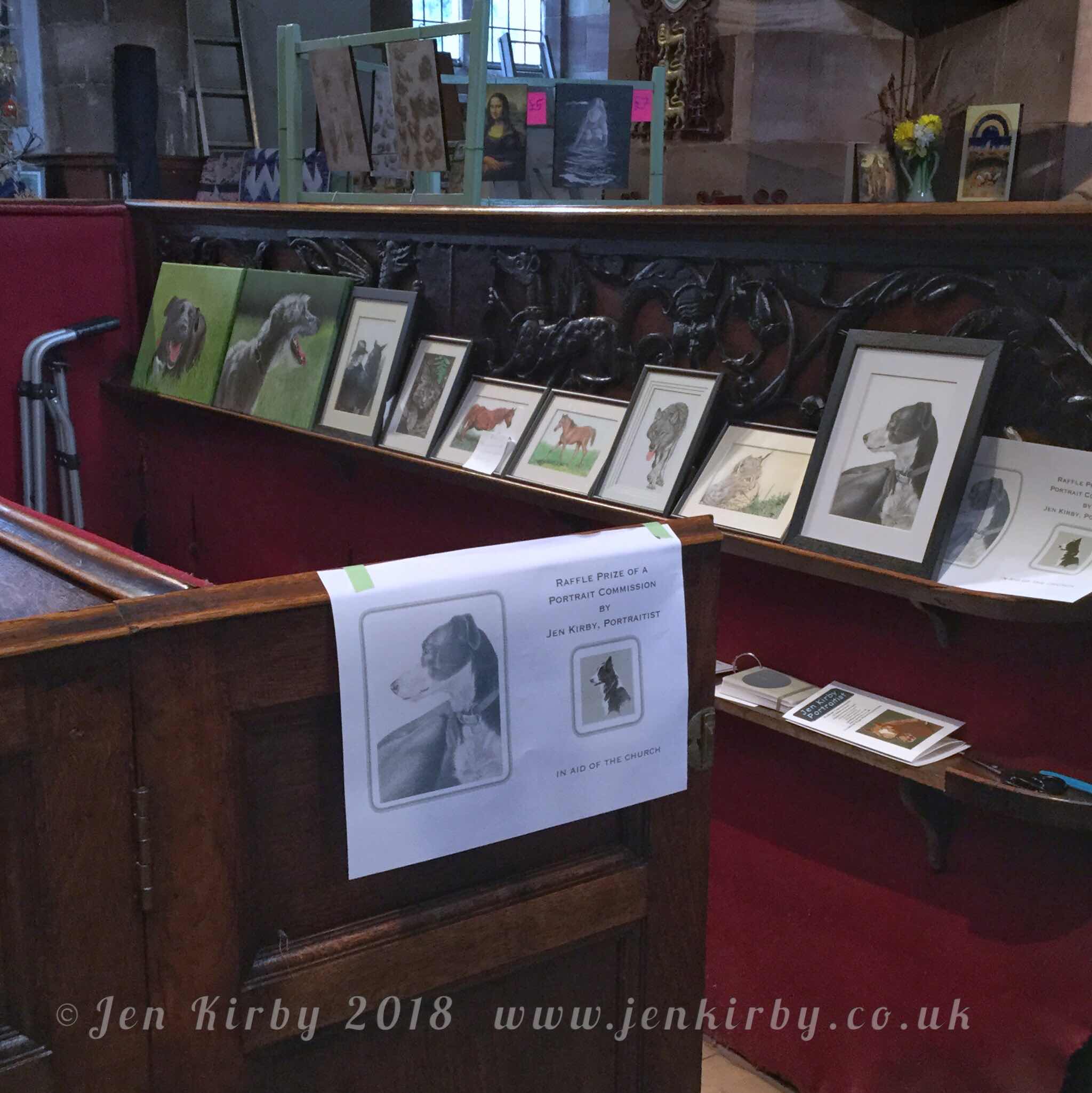 Craft Fair 2018
I decided to show my animal portraits and drawings at this year’s Craft Fair at St Lawrence’s Church, Appleby in the beautiful Eden Valley near the English Lake District.
I was given a pew to set up my artworks, which was great because there was a ledge to hold my smaller works so I didn’t have to take so many easels down the hill.
From the left, at the far end of the pew (by my folding walking frame) you can see the portrait of Gucci in oils on canvas, followed by the portrait of Boots which is painted in pastel on canvas, then a pen and ink of my son with his horse. After that there are five drawings in pen and ink on graphic film. I drew the animals on the front of the graphic film, then I turned them over and put touches of colour on the reverse. Graphic film is translucent so the colour shows through. The wolf only needed his eyes and tongue enhanced to look good! Finally my masterpiece is the portrait in graphite pencil of my dog Bryn.
I always talk of going down the hill when I walk into Appleby town centre because the town is in a valley with steep sides and I live near the top of the hill on the east. From my house I can see the top of the Church tower. It is a beautiful old Church in the centre of the community. I have been in so many churches that feel as if they are kept in mothballs during the week, but St Lawrence’s feels alive.
The yearly Craft Fair is one of the events held to raise money for repairs to the Church and I like to support them though I don’t attend the church as I am a Buddhist. So this year I held a raffle. I offered a prize of a portrait by me and I managed to sell a total of 27 tickets. I was a bit disappointed as I hoped to sell at least 30. Hey ho!
I have talked to the winner of the raffle and she wants a portrait of her cat who died.
I also showed two of my old animal pastels. The wolf was facing the other way and I don’t think many people looked over the other end of the pew to see it.
Here is a photo of the rabbit. I painted it back in 1997 in pastel on paper. If you think it is more whimsical than my usual style I agree. It was intended to be an illustration for a children’s story about a teddy bear having an adventure and this was when the teddy meets a rabbit. But I got bored with the idea so I cut off the part of the painting with the teddy bear and filled in the gap with the thistle. 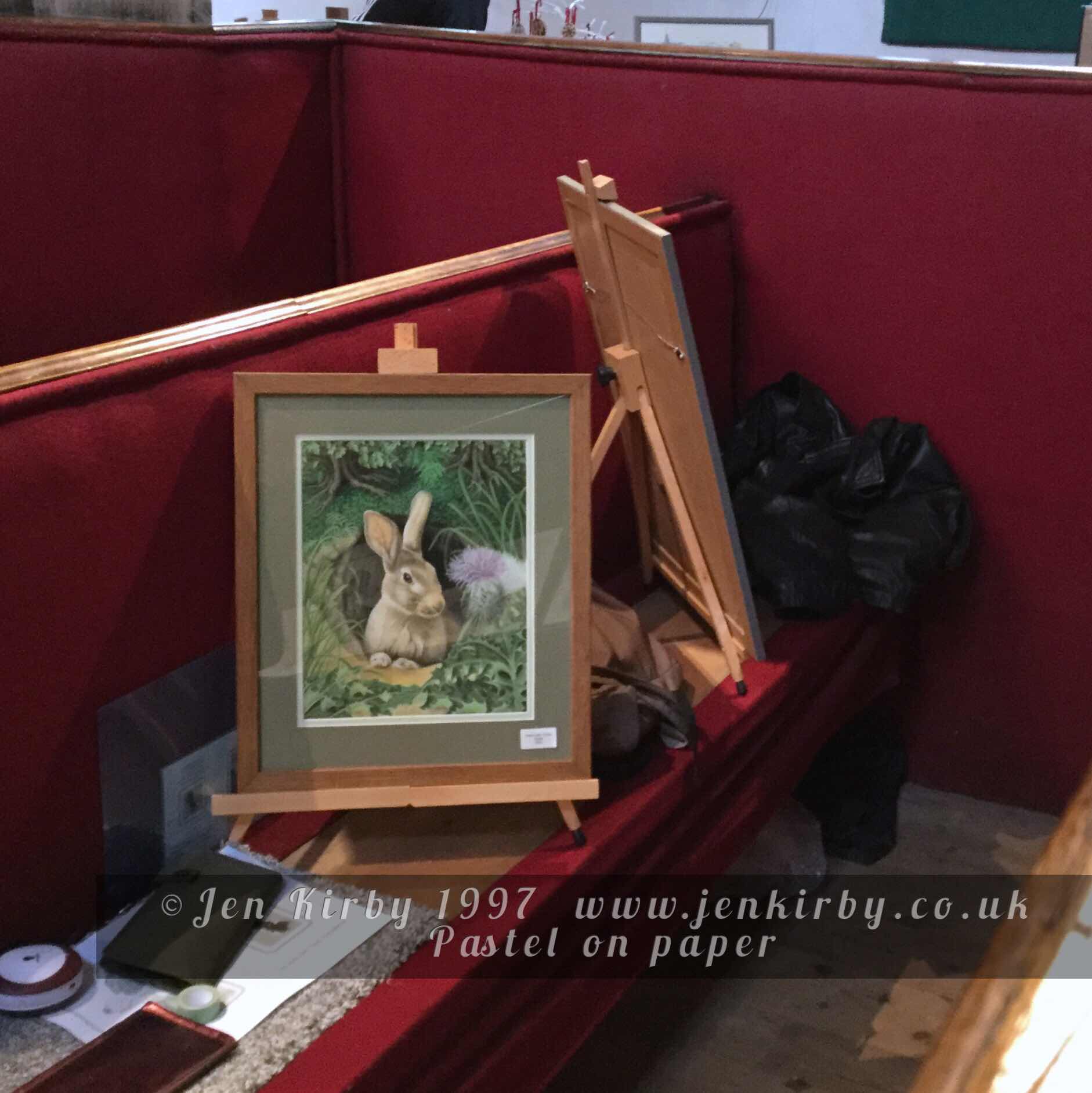