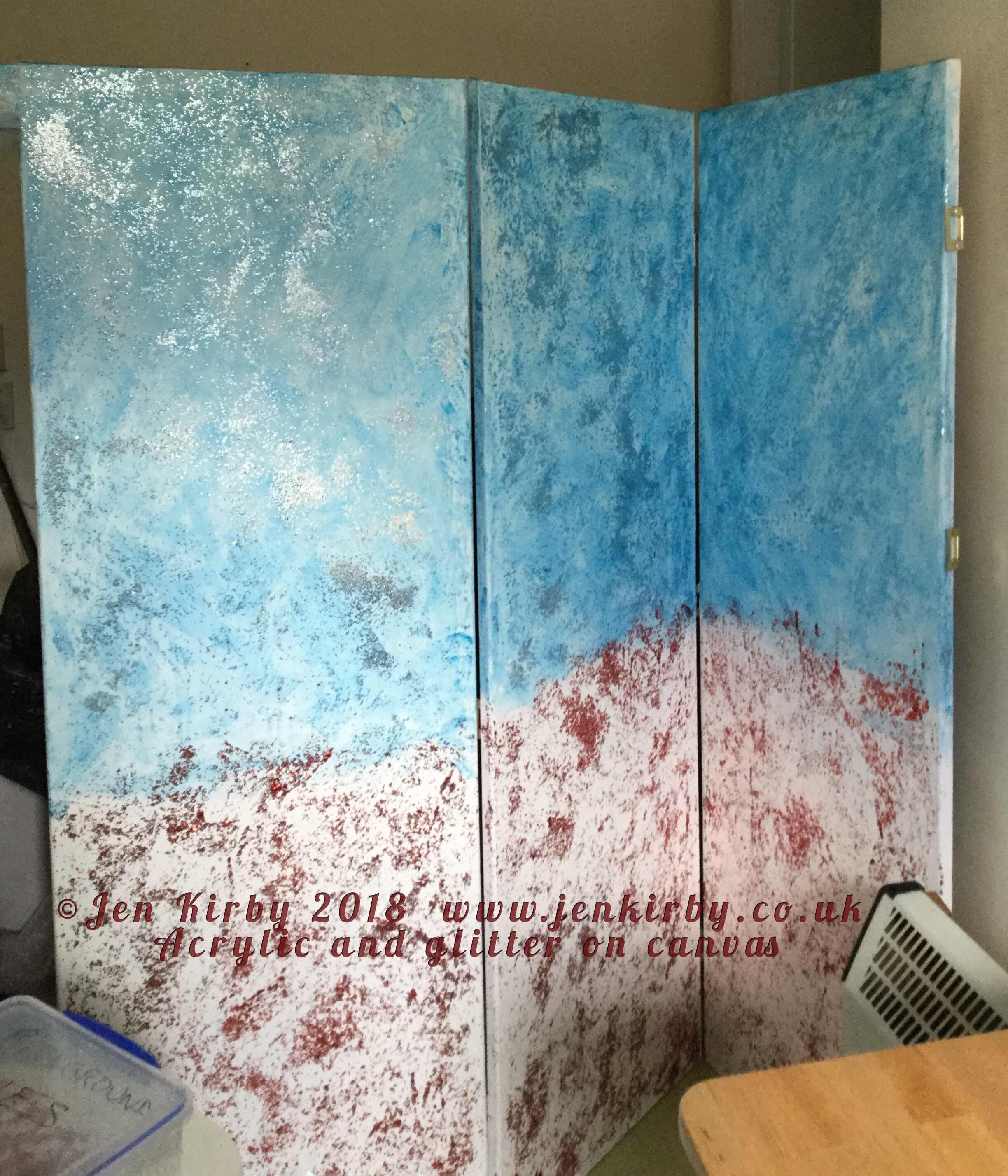 This week’s painting.
I was just thinking about what I have done this week. It has been a week of disruptions as usual but I did get on with the portrait of Bentley. However as I have been modifying the sheen on his head I don’t think it will show well in a photo. I also worked on a graphite pencil drawing of Jasper when he was a cute little puppy. It is nice to be able to work on a pencil drawing on these dark evenings when it is hard to judge colour.
Then I remembered. I have been covering canvases in glitter. I am doing it for Father Christmas. He visits Appleby-in-Westmorland every year on the last Saturday in November so he can find out what the children want for Christmas and he gives them some sweets to take home.
I didn’t see him last year but I heard that some of his visitors were disappointed by his grotto. So I wondered if I could help. Some years ago I bought 2 triple hinged canvases. They are big. They are 1.5 metres high and the full width adds up to 1.5 metres wide. I had an idea that I could use them, so I bought a lot of red and silver glitter and some blue glitter acrylic paint.
I tried the blue glitter paint. It was pretty but I souped it up with lots of silver glitter and used it to paint the top halves of the canvases. I used 2 coats. Then I turned the whole thing over and mixed the red glitter in PVA adhesive and blobbed it on the bottom half. I gave that a second coat too. Once it was all dry I gave the whole thing a coat of acrylic gloss varnish. I hope the varnish keeps the glitter where it belongs because I worry that the glitter flakes may get in the river and the fish may eat them thinking that they are food.
The canvas has been handed over to a man with a big car who can take it to Santa’s Grotto for me.
I still have to paint the second triple canvas with Sparkles this weekend.
Do you think Father Christmas will like it?