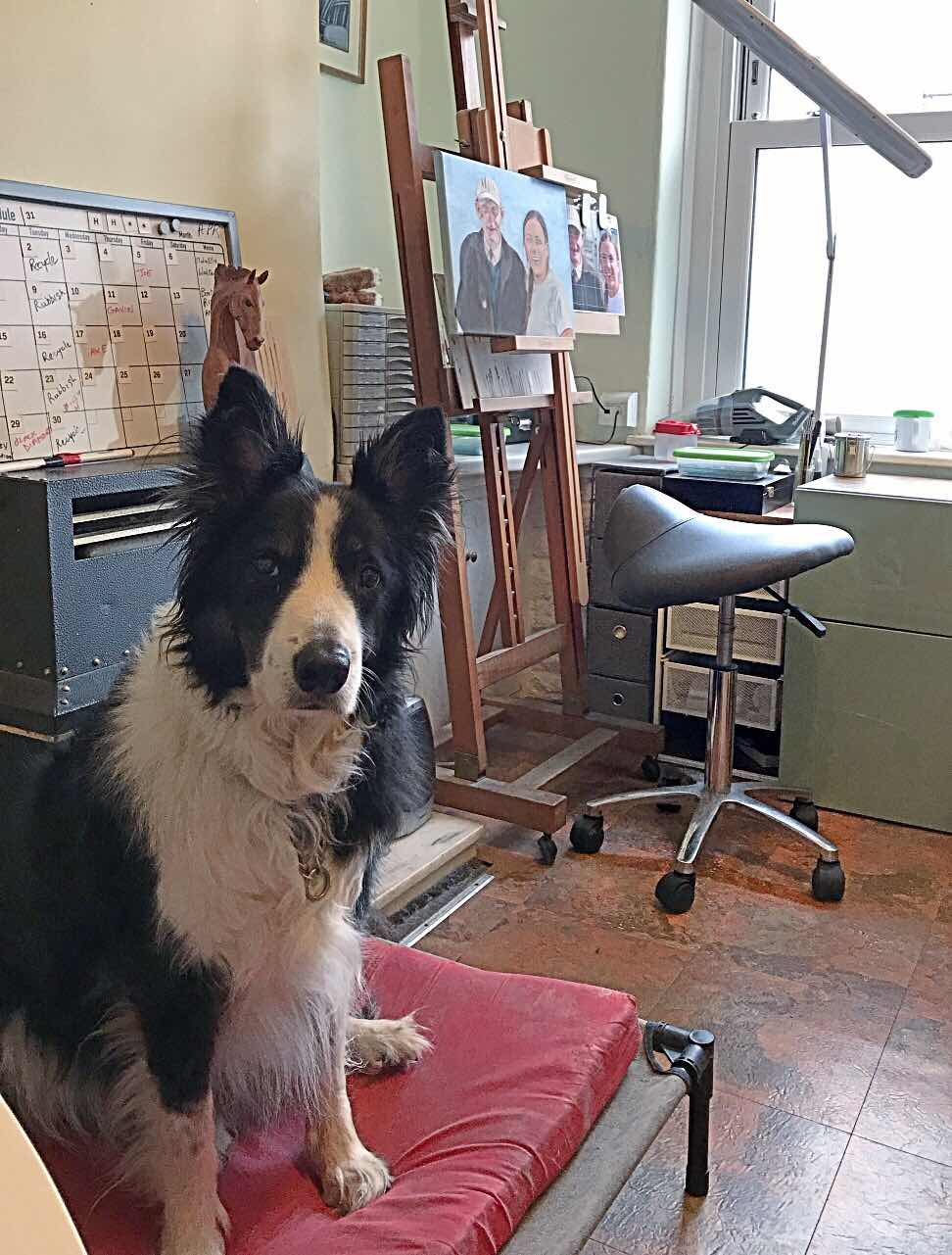 Immunisation
I wanted to write this post after I read an article about the importance of immunisation.
https://www.statnews.com/2019/04/19/mother-polio-importance-immunization/?utm_campaign=rss
I suppose it rang a bell because I had polio when I was a baby. It left me with a paralysed right leg and general weakness down my right side (which nobody realised until I got post-polio syndrome and lost the use of my right hand).
I was puzzled about finding a photograph to symbolise my problems then I thought of my saddle stool. You see, with my right leg being paralysed and skinny, my left leg compensated and is very muscular. This includes my buttocks which means that sitting on an ordinary chair is very stressful and even painful because of having to balance. The saddle stool is the only really comfortable seat in the house.
So it lives in front of my easel so that I can sit and paint comfortably.
To get back to immunisation, I have often heard children ask their mothers “why does that lady walk funny?” and their mothers commonly hush them and rush them away as if walking funny was shameful. Whenever I had a chance to interrupt the hushing, I would explain to the child that it was because I caught a nasty disease that they wouldn’t catch because scientists had discovered a way of immunising against it, and they should be happy to go and have injections to keep from catching nasty illnesses.
I am so happy about the campaign to eradicate polio all over the world. There’s still polio in places where there is war going on and people are risking their lives to take the polio vaccine to these places.
When I was growing up there was no immunisation against illnesses like measles, rubella, mumps or chicken pox, so I had to suffer through them and I was lucky not to have bad side effects from them.
I remember the day when my whole class at school came down with rubella and we were comparing our rashes. That must be so infectious for us all to get it the same day. I hope that none of us got anywhere near a pregnant woman.
When I was growing up, there was immunisation against diphtheria which is another frequently fatal disease that immunisation has pretty well eradicated. My mother caught that and was hospitalised when she was a teenager. She made sure that I had the injections against that, I promise you!