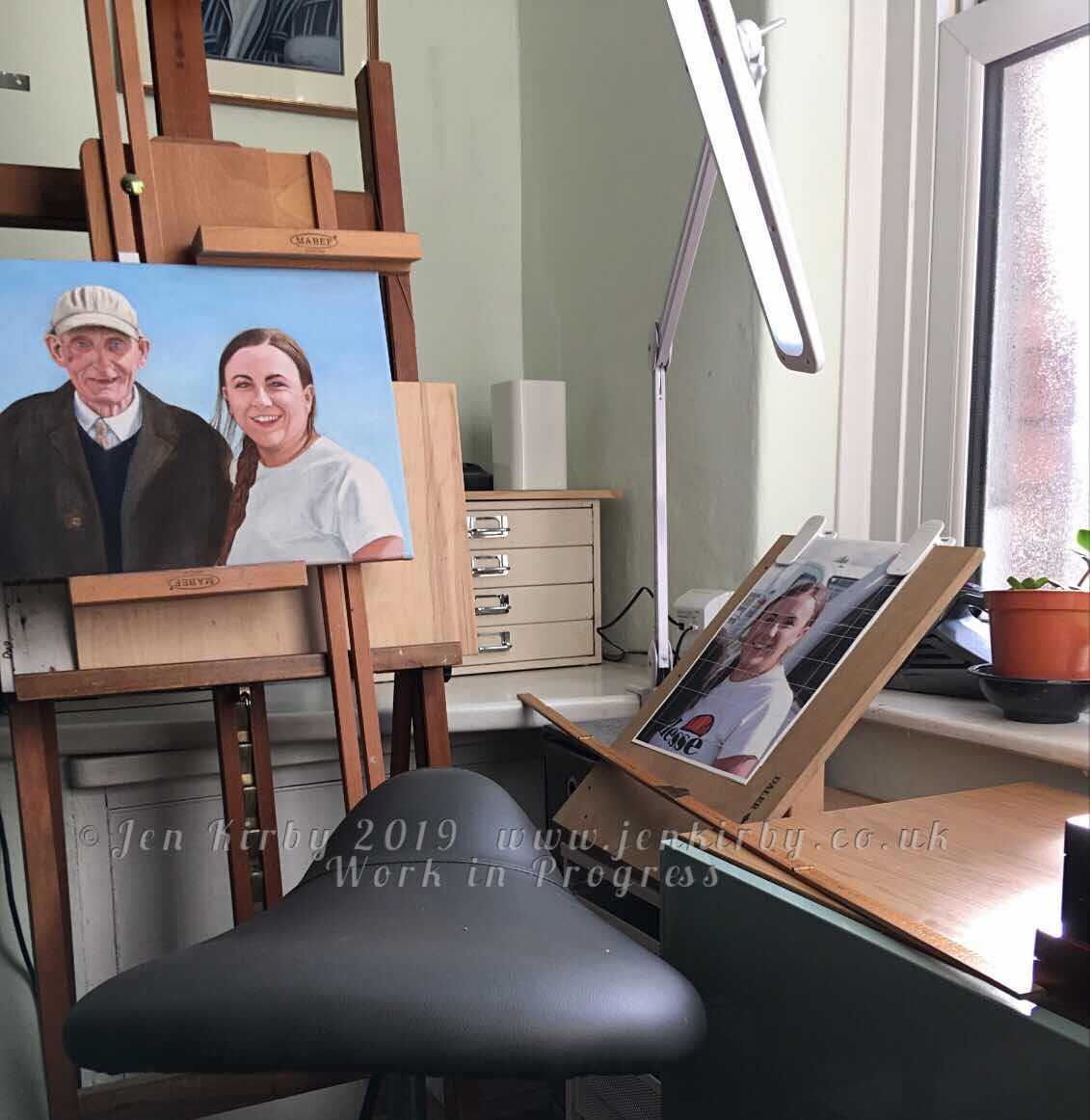 Tidying my Workspace
Last week, including last weekend, I was improving my kitchen storage. I bought the Welsh dresser and the drawer unit from IKEA, and, yes, I put them together myself apart from the top of the Welsh dresser which I had to remove to make the top half of the dresser light enough to lever in place. Then I couldn’t lift it back into place because I have a problem with raising my arms above my head, so I had to ask a friend to do it for me. But I did the rest.
I had to move a lot of furniture around to make space for the new cupboards, so I had to find good places to put it. One trolley ended up in the catio. I don’t know what will happen to it in the end but for now it is something for the cats to play on.
I thought that life would be back to normal once I had had a rest, but it took much more resting than I expected.
Today I have been cleaning the front room including my workspace. I have put the drawers with the pastels back behind the easel to make more space though the boxes of pastel pencils are still there. They don’t cut out so much daylight of course. And the light is the best thing about my workspace because it is a northlight. Talking of the light, I have clamped my light to the shelf behind my easel. I will move it back if it doesn’t work but clamped to the window sill it tended to foul the blind when I wanted to close it at night.
I have added a metre ruler across the worktable to show how small my workspace is.
I am waiting to get back to the portrait on the easel until I have finished the portrait of Bentley which I am working on upstairs (also with a northlight aspect).
Here is a photo of the two new units in the kitchen. Don’t be surprised at the cat barrel on the kitchen worksurface, or the cat bed on the dining table! I am not a crazy cat lady, but when I take an animal into my home I do my very best for it. And I have to have somewhere to keep them away from my easel. 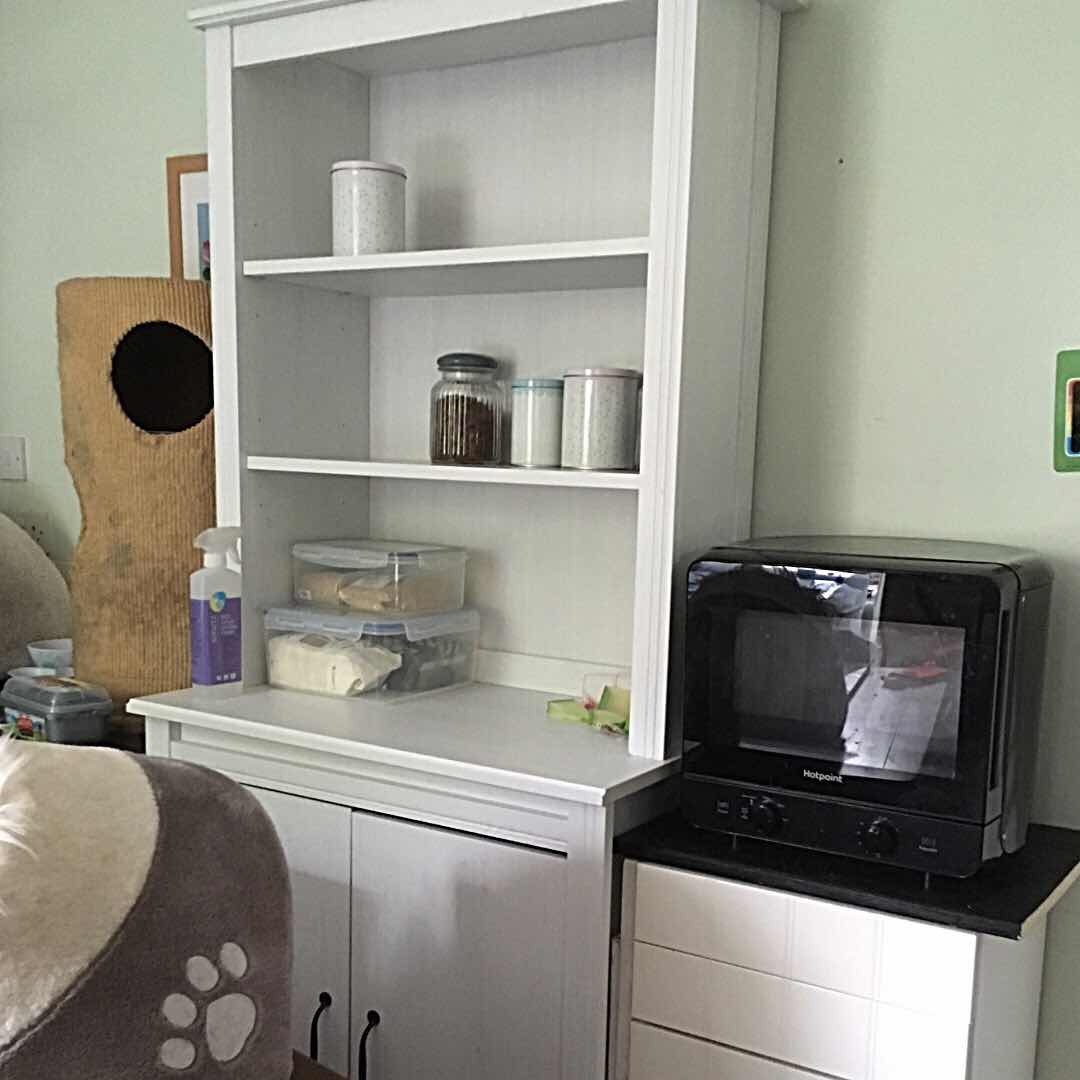