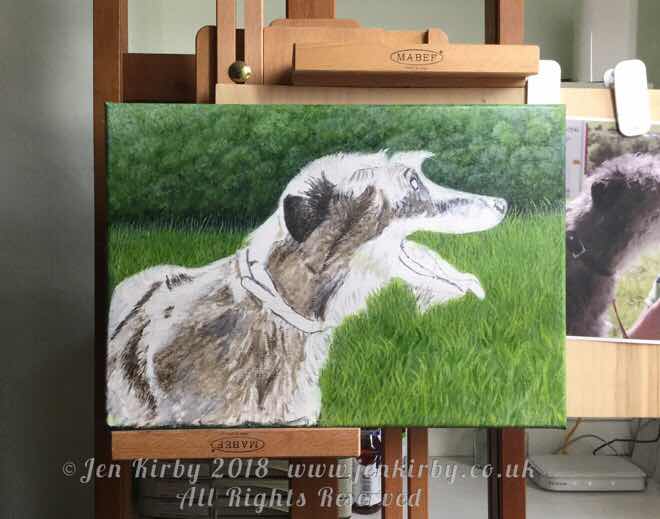 Experimenting
I have been struggling to paint since the Art in the Hills exhibition at Dufton. I had Boots on the easel but I knew that painting his fur needed flowing brushstrokes and I have been finding that my brushes catch on the canvas threads. I needed to find a solution.
Then I remembered how I painted the portrait of Queen Elizabeth.
I painted the portrait for the Golden Jubilee. There were celebrations all over the country. Many towns and villages were having street parties but Appleby-in-Westmorland couldn’t do that because the date coincided with the Horse Fair that year and the town would have been too full of visitors. So, instead, the Mayor read out a loyal address from the balcony of the Moot Hall, and I presented the Town with the portrait of the Queen. It is kept in the Mayor’s parlour. (I sent a print of the portrait to the Queen and asked that it would be kept with the loyal address.)
I started the portrait of the Queen in plenty of time. I was working in acrylics on stretched paper. Unfortunately I made a mess of it and the paper buckled so badly that I had to start again. The second version I painted on Graphic Film which is a “dimensionally stable” translucent polyester. As it is translucent I was able to trace the outlines of the portrait to save time, and dimensionally stable means that it stays flat even in humid conditions.
I was going to paint the whole portrait in acrylics but I was very short of time by the time I got to her bouquet of flowers. I coated the acrylic surface with clear Colourfix primer where the flowers were to go. Colourfix primer has a tooth so I was able to finish the flowers in coloured pencils on top of the acrylic underpainting. It is much faster for me to paint flowers in pencil than with a brush. 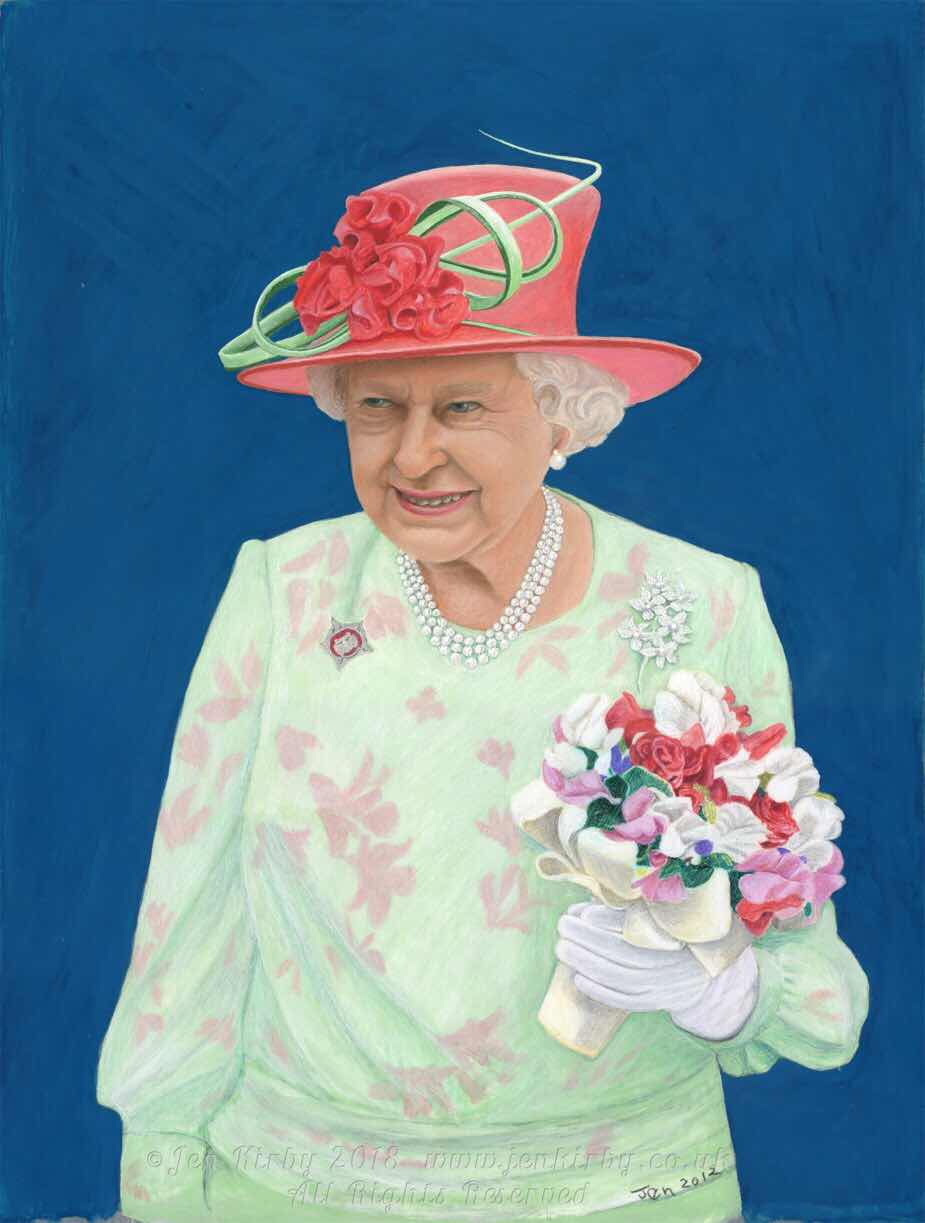 To get back to the portrait of Boots, I bought some Liquitex clear gesso and a big tub of Colourfix primer. I was puzzled about how to open the tub of primer but I had some left from working on the Queen. I painted the gesso over Boots body, and primer over his head so I could compare them. Next day I painted strokes of sepia paint over both areas. Both sides worked and I could make precise strokes of oil paint on them. The Liquitex gesso was smoother, but the instructions say to paint it on a non-oily surface which suggests that it won’t work so well on an oil painting. The Colourfix can be sanded smooth.
So, in conclusion, I will coat the new canvases in Liquitex gesso but I will paint Colourfix on areas where I have already painted in oils.
The only problem left is how to open the big tub of Colourfix. I think I know. 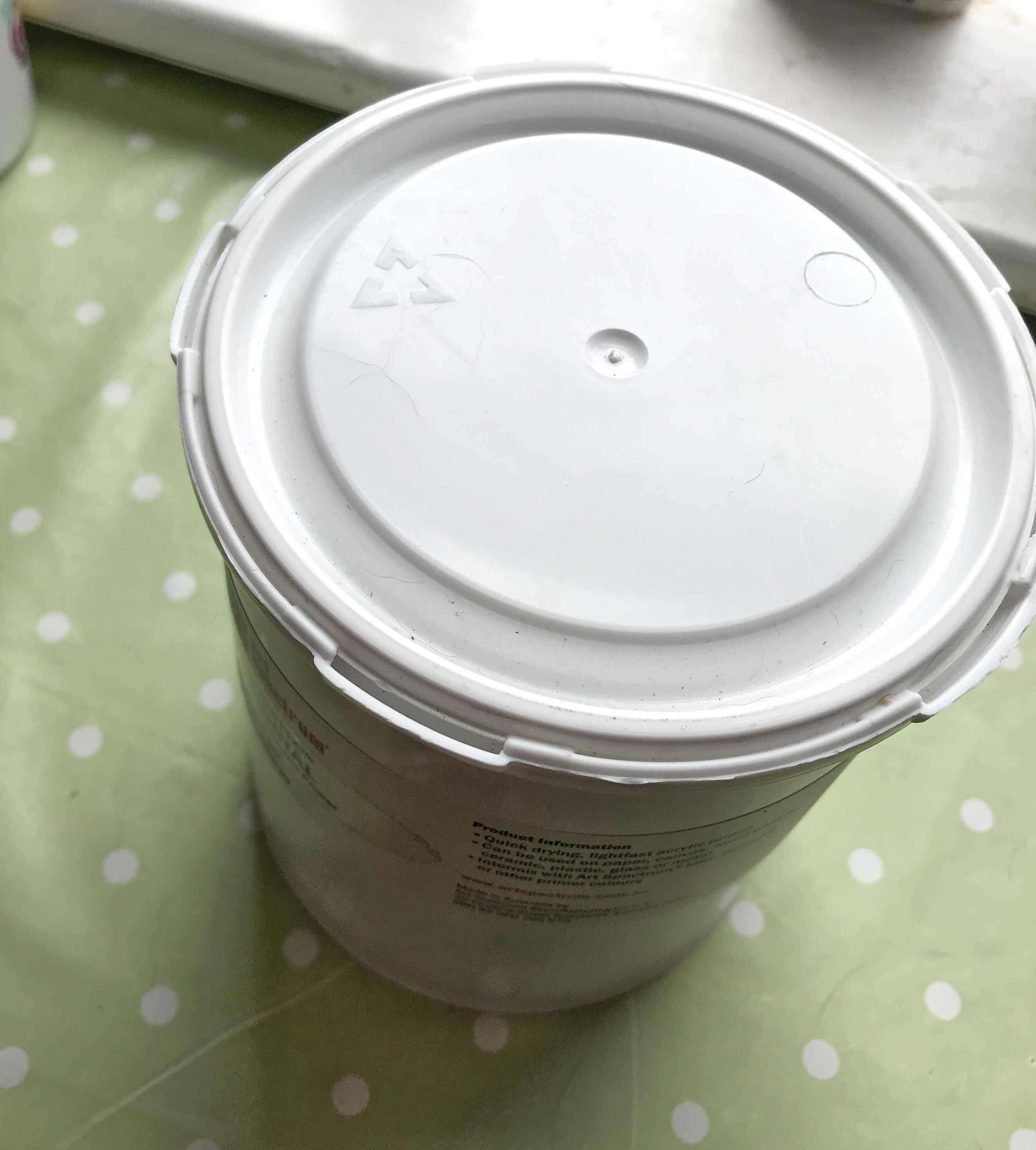