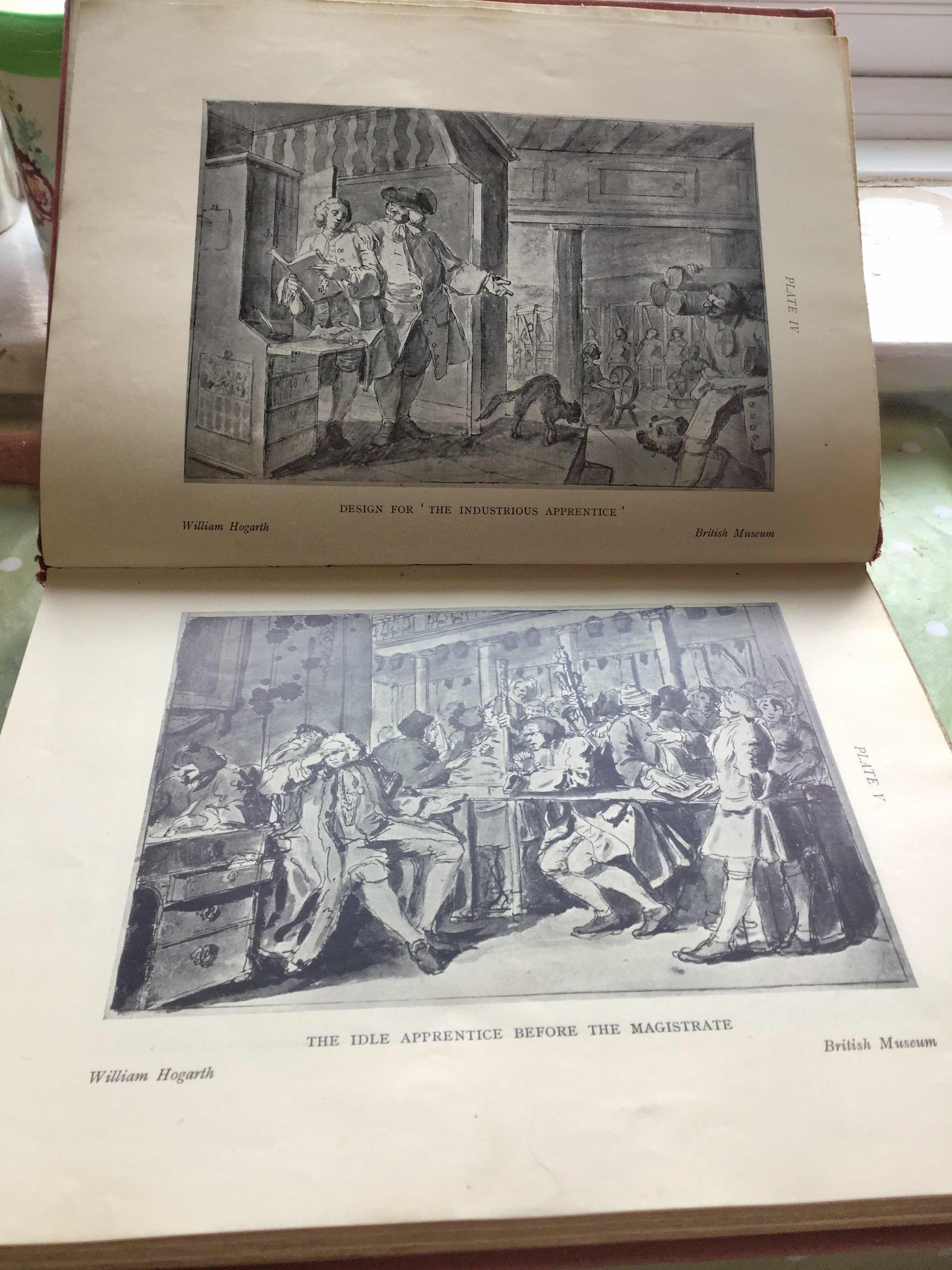 Hogarth to Keene
I have been in a reminiscent frame of mind this week.
The line of Fliss’s tail kept reminding me of Hogarth’s “line of beauty” which is an S shape. So I went looking for my book “From Hogarth to Keene”.
Because I had polio as a baby and couldn’t run around with other children, I learned to read early and I spent all my free time reading.
In our sitting room, where we entertained visitors, there was a display cabinet. The bottom shelf held books. There was a set of encyclopaedias in eight volumes called the Books of Knowledge and I used to sit on the floor by the display cabinet and read them from cover to cover. I was particularly interested in mythology but I read about everything.
Another book that was on the bottom shelf was “From Hogarth to Keene” by Henry Reitlinger, published in 1938. I mention the year because I want to quote the first sentence from Chapter 1: Story-Telling. “Our grandparents lived in the belief, which few ever seriously thought of questioning, that a picture ought to tell a story.”
The author goes on to say that fashions in art have changed, and then he says that drawing in black and white “is clearly the natural and Heaven-sent medium for recording the anecdotal and even the jocular side of life”.
So the book is about black and white illustration and the artists who had a talent in those mediums.
I wonder if it was reading this book that gave me the love of pen and ink drawing. I took the book when my parents died. It held such precious memories. I left the encyclopaedia though. The information was so out-of-date.
William Hogarth was trained as a line engraver but his talent lies in his paintings and the social comment in his subjects. I was fascinated. When I was living in London I made a point of visiting Sir John Sloane’s Museum to see The Rake’s Progress set of eight paintings. I recommend a visit. It holds amazing items besides the paintings.
I photographed pages of the book with illustrations by Hogarth (see above).
Charles Keene is not so well known. He has a vigorous style which I admire. I thought that as his name was in the title I should take photos of his illustrations from the book to show you. So here they are below.
Don’t you think that the old woman’s umbrella is delightful! 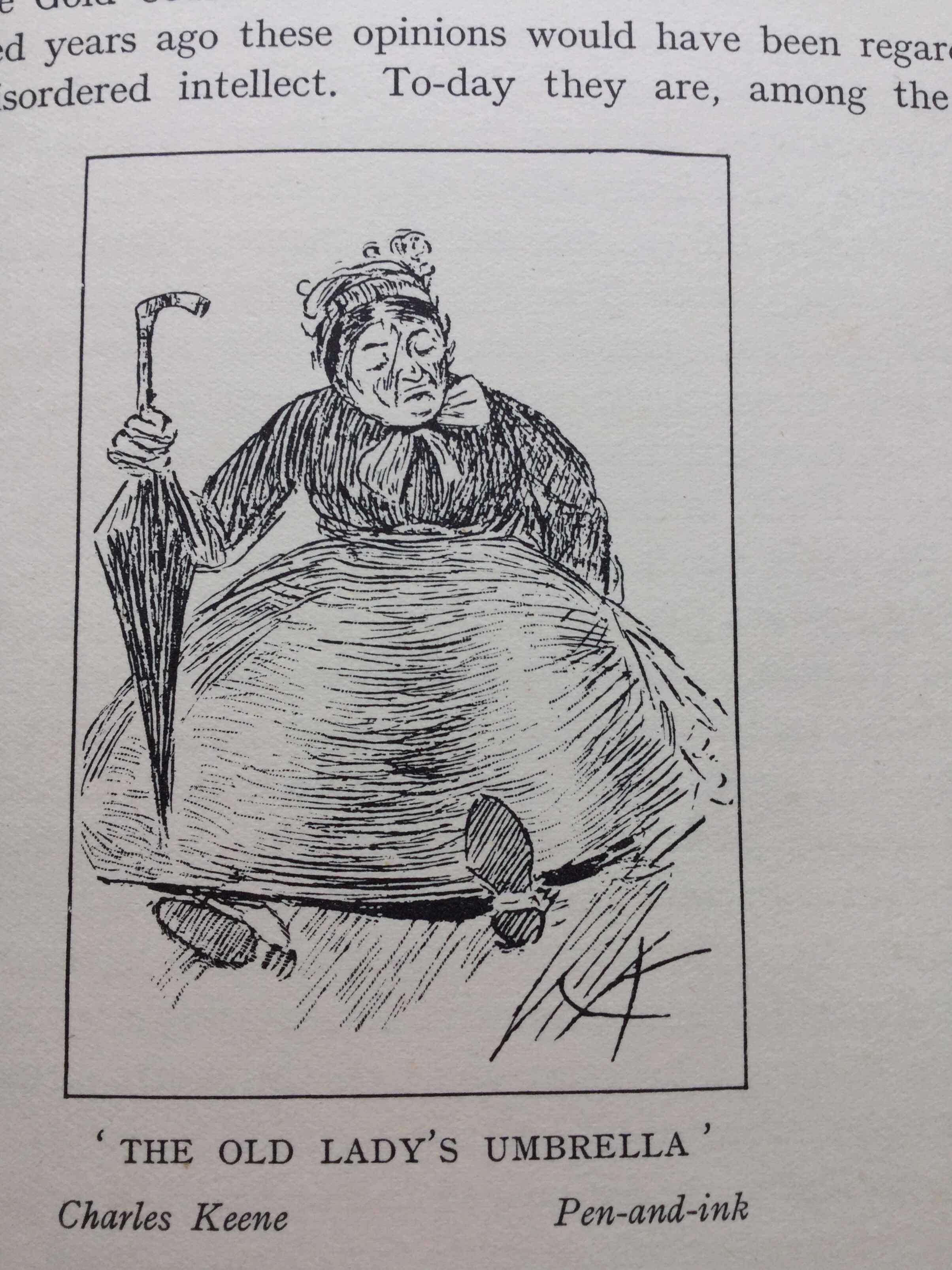 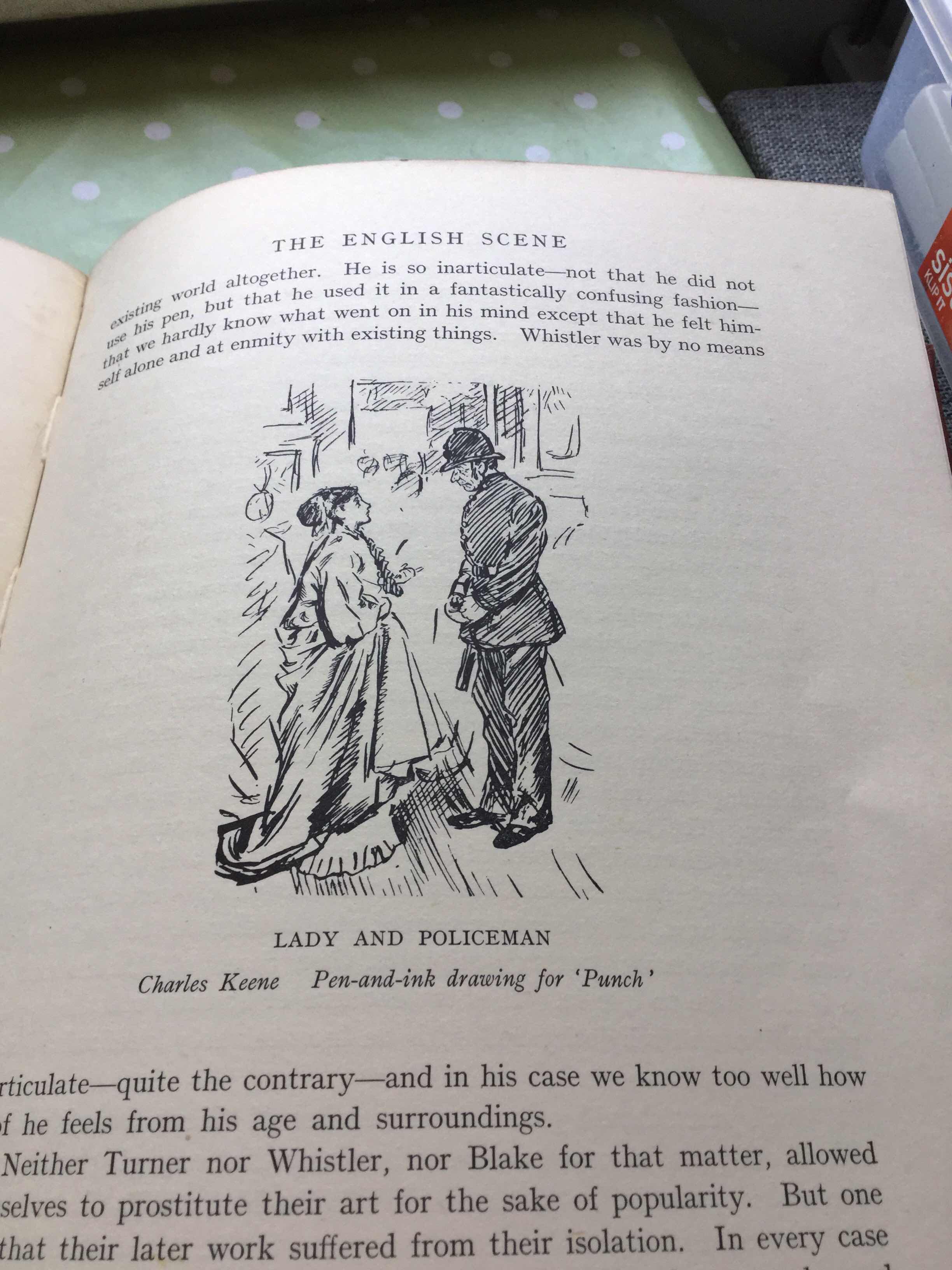