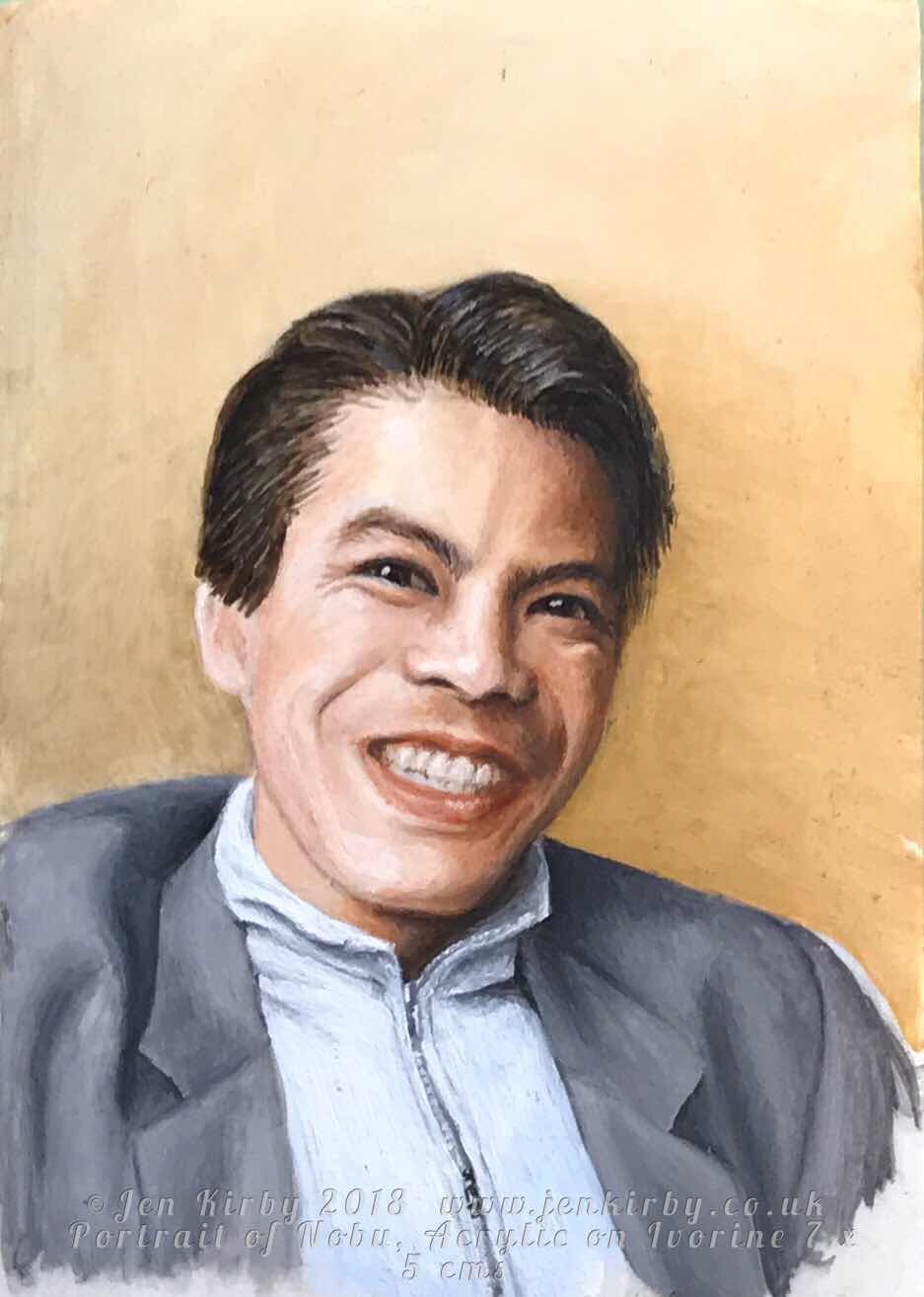 Portrait of Nobu
I painted the miniature of Nobu a very long time ago when I lived in London. I had a lot of Japanese friends then and Nobu and his wife and baby were particularly delightful. I did a number of portrait drawings of them and when I found some Ivorine (artificial ivory) in an art shop I bought it and tried my first miniature choosing Nobu for my subject. The size is 7 x 5 cms so don’t try and look at it at a bigger scale.
The portrait has been tucked away for long enough, and as I was going to the framers to collect an artwork I tucked Nobu’s portrait into my purse. The portrait may be small but I want the perfect frame for it. I also found the scraperboard of Jasper’s eye to take to the framer.
The bad news is that the framers was closed for the week so I was in Penrith with nothing to do until the bus home. The bus to Penrith is at 10 o’clock in the morning and the return bus is at 1:40 in the afternoon. So I walked to the cycle shop at the other end of town and asked if they could get me a tricycle. I got a text today to say it is in the shop.
I think that I have mentioned before that I had polio when I was a baby and now I have post-polio syndrome which is when muscles that were a little bit weak get a lot worse. I am planning on strengthening my leg muscles by using the tricycle to “walk” the dogs. I will have a tricycle seat to rest while the dogs sniff so I won’t get into difficulties! My biggest problem is my balance and that won’t be an issue with a tricycle.
I will even be able to go out and take photos again. Bliss!