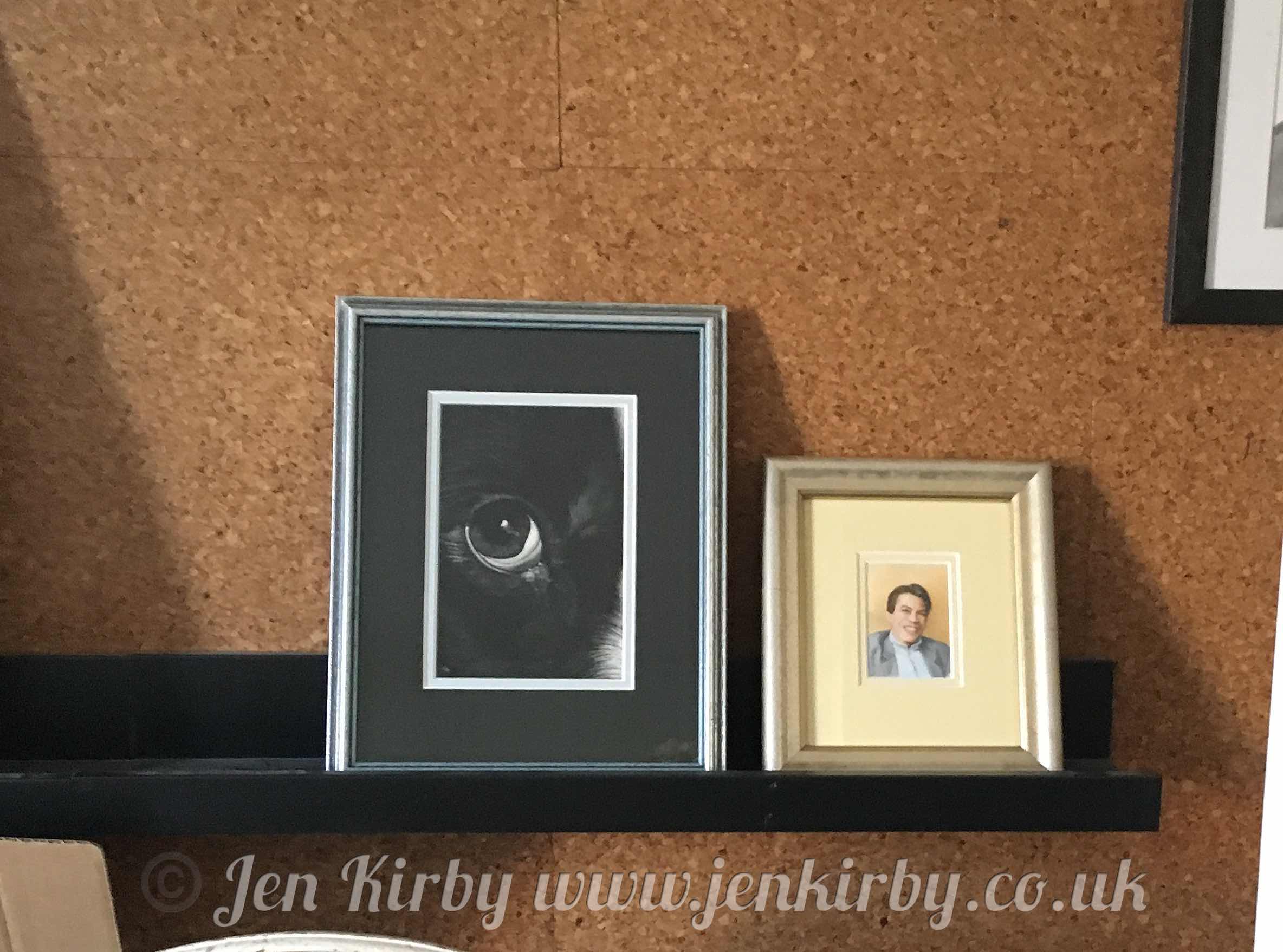 Busy Organising
This week I collected 2 of my “portraits” from the framers.
Didn’t he do a wonderful job!?
On the left is Jasper’s Eye which is a scraperboard. I did it from a kind of selfie. I was sitting on the floor and Jasper was behind me looking over my shoulder. The miniature on the right is a portrait in acrylics on ivorine which is an artificial ivory that isn’t made any more. I have had the two artworks for years because I couldn’t think of the best way to frame them but I knew that Adrian could do it. I have written about him before. If you live in this part of the world check him out:
Adrian Brunskill at Your Life as Art, 13/14 Devonshire Arcade, Penrith, CA11 7SX, telephone 07712569787
The other thing that I have been busy with - well my iPad broke where the cable plugs in to charge it. Luckily it was charged at 80% when I discovered the problem, so I turned it off and ordered a new one. It was a while before the new one arrived and then I had to spend many hours transferring information to the new iPad. Of course I wasn’t backed up! (I am now except for photos which I always transferred to my laptop.) It took me until today to be set up sufficiently to catch up with my blog - I have an app that makes it easier.
Finally I have been wishing to make improvements to my kitchen for months but it was quite recently that inspiration struck me. Then I had to work out a plan for the project. The first job was to pull out some drawers and shelves from the alcove. It had been stuck in with expanding foam because I had been getting cooking smells from next door. This is an old house built about 1870 and there are a few cracks. First I tried to use chisel and a knife to cut through the foam but it didn’t work so I had to use a 24 inch saw. That worked.
I am going to tile the alcove and then I am going to build the corner base unit I bought. I am going to use it to house the cat litter trays so the saw is going to come in handy to cut cat sized holes. One will be in the blank face, and the other one in the door. The alcove is only 75cms wide so there should be space for a slim cat to get in and out. And there will be the hole in the door.
I will publish an update when the base unit is in place. It won’t be finished then as the work surface is currently acting as a desk in my bedroom and I am waiting for my son to visit and bring it downstairs for me. The desk now in the kitchen will go in my bedroom.
Here is a photo of how half my kitchen looked this morning. I think that the easel will go upstairs to my bedroom with the desk. 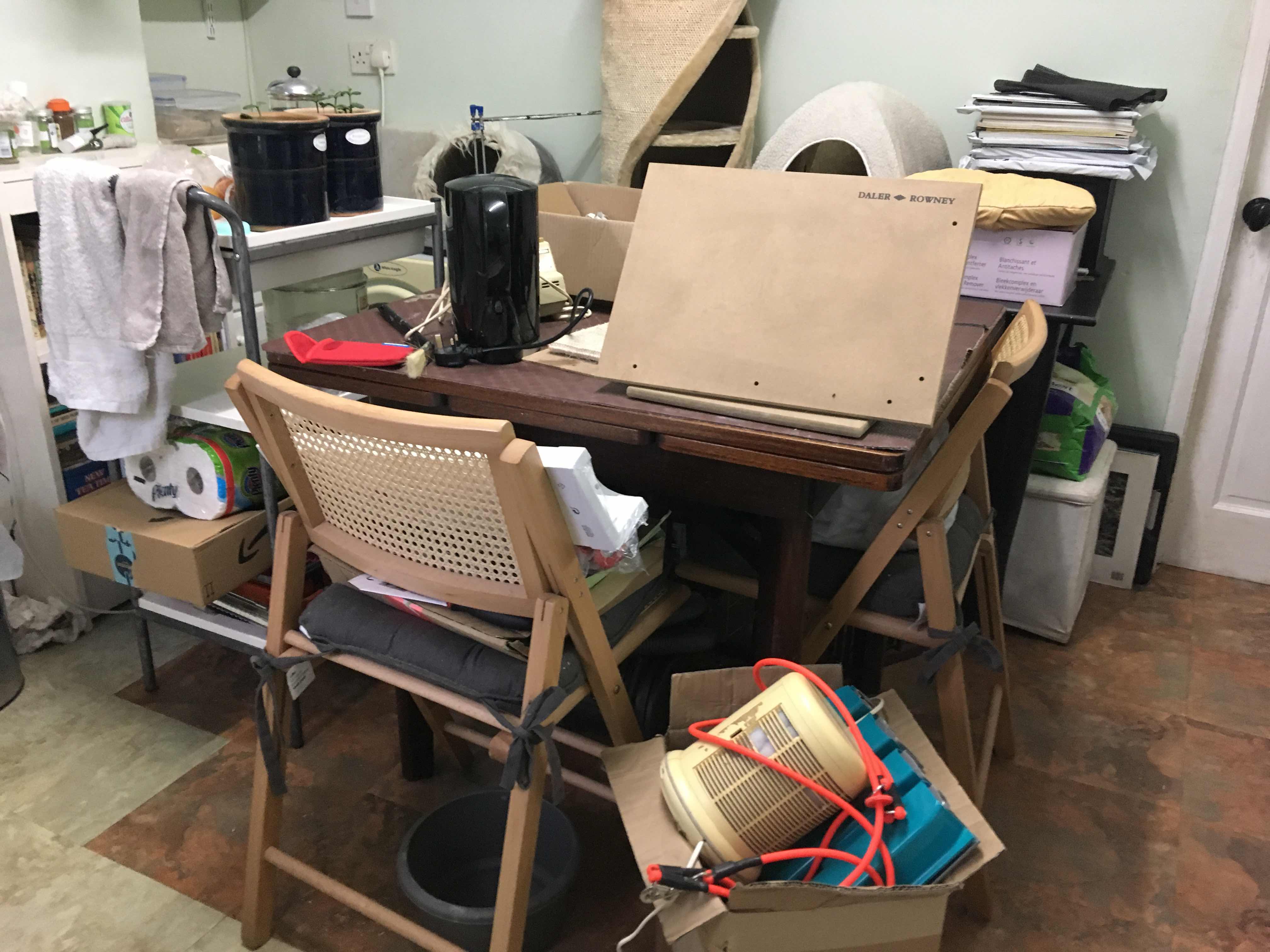