Jasper as a Puppy 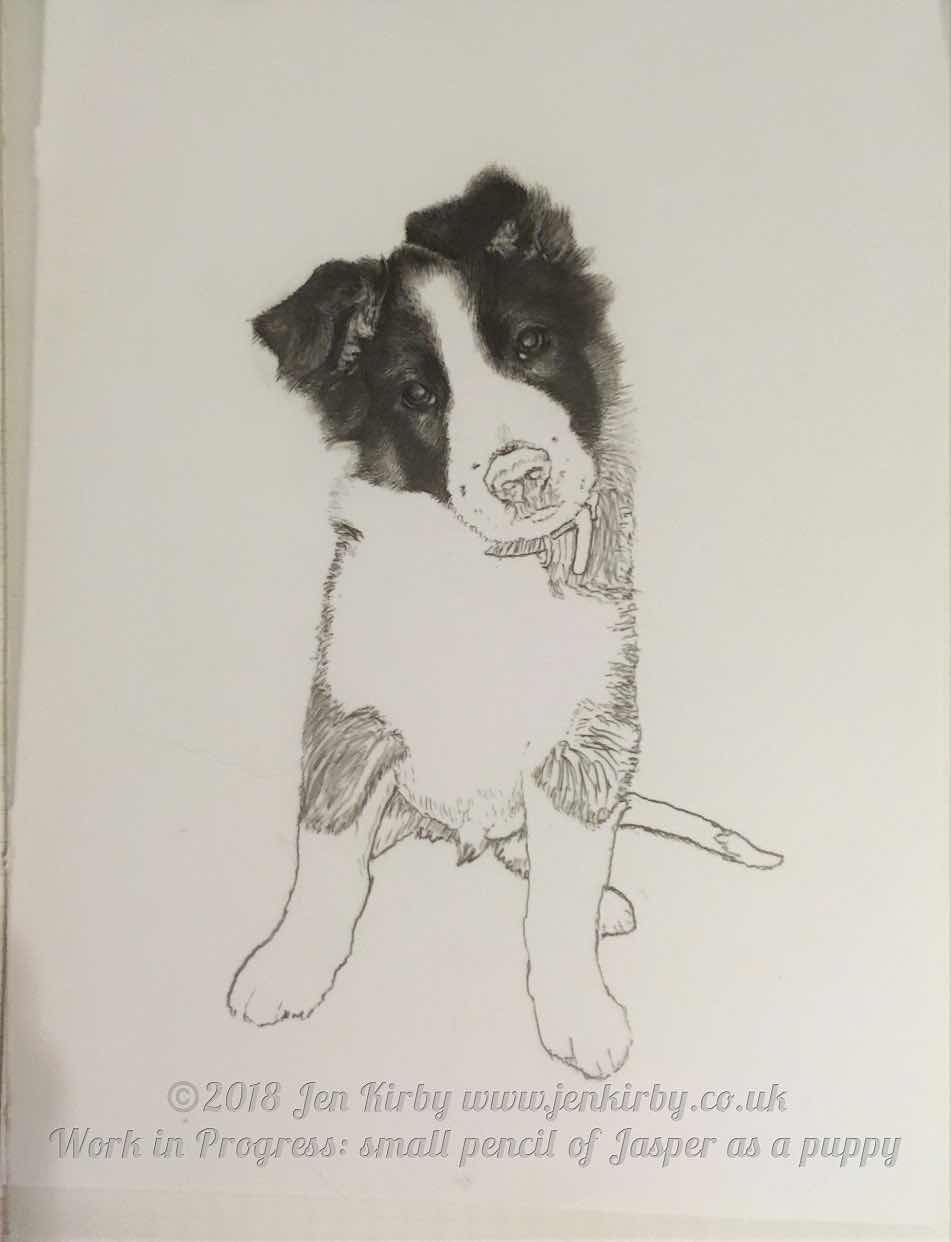 Jasper as a Puppy
I have been drawing Jasper from an old photo that I took when he was a puppy. He is still as cute!
I am drawing in pencil on graphic film. I use a mechanical pencil with a 0.3 mm 2B lead so I don’t have to spend all my time sharpening a pencil. The lead that I am enjoying using these days is Uni Nano Dia Lead. It has nano-diamonds in it which make it very smooth to draw with.
I also spend a lot of time using erasers, both kneadable ones and the Tombow MONO eraser which is a retractable eraser that is only 2.3 mms at the business end. Between the fine pencil and the small erasers I can make delicate pencil marks to suggest puppy fur.
So far I have spent 5 hours on this portrait. Small drawings are not as quick as you might think.
As well as drawing most days, I have been getting on with the plan for my kitchen alcove. I was expecting to start tiling last Sunday but I had to scrub a patch of black mould and leave it to dry. I didn’t want black mould trapped behind my tiles. So I did the tiling yesterday. The walls are so uneven that I am not worrying about how bad the tiling looks. Most of it will be hidden behind the unit anyway. I am capable of doing decent if not perfect tiling, but I would have had to replaster first to get the walls flat, and I don’t want to lose the time. The whole point of this is to make my kitchen more efficient so I can spend more time drawing and painting.
The walls are uneven because this house was built back in the 1870s using sandstone from the local quarry. It is poor quality sandstone with lots of inclusions. I think it is referred to as pudding stone. The general effect is that the walls are built of rubble. There are a couple of internal walls made of lath and plaster with horsehair in it. There are the remnants of the old gas lighting if you do a bit of archaeology under the old plaster!
So here is a photo of the alcove this morning. I have done grouting since, so it looks worse (until I clean it off). 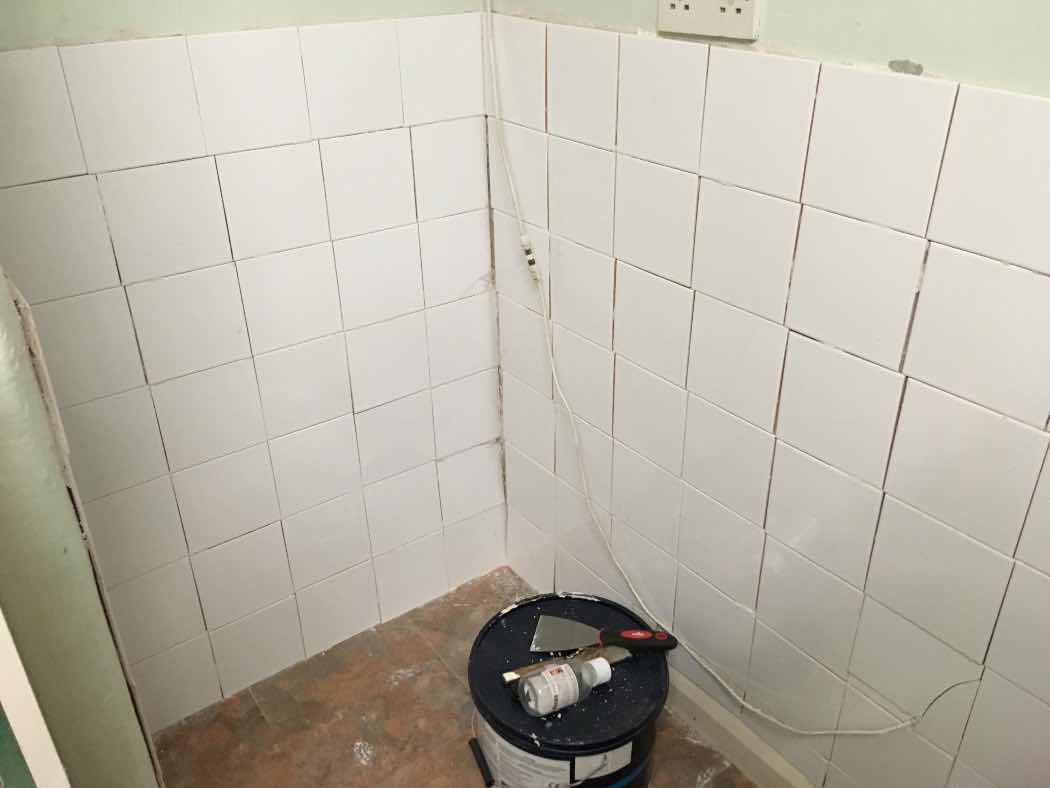